Let me tell you a story about this chance discovery made by my friend Dr J.P. Fairweather, a professional hypnotist who also happened to be a member of the  MKDELTA  group. (If you’re new to what I do, and to Fractionation and Mind Control seduction in particular, MKDELTA used to be a secretive underground collective of Mind Control scientists and practitioners).

I had gone over to pay a visit to Dr Fairweather at his surgery in Knightsbridge, London over freezing winter a couple of years ago. “Derek,” he said to me as he sipped his cup of piping hot Earl Grey, “Over the years, I’ve noticed this one particularly curious pattern among the people who seek my help.”

“What pattern?” I inquired, as I took a bite of the warm scone that his butler had served before me with a smattering of strawberry jam and a dollop of fresh cream.

“Here’s what usually happens when a client comes over. She usually gets all fidgety and nervous because she doesn’t know what’s gonna happen. As a result, she almost never gets into trance because she’s just so self-conscious.”

“That’s quite natural, I suppose,” I offered. “Getting hypnotized, at least willingly and consciously, is not a normal, daily thing.”

“True,” Dr Fairweather replied. “But here’s what’s interesting. Things, however, always get much simpler the next couple of times they visit. It gets easier and easier to put them under trance. And by the sixth visit usually, I could put them under my spell at the snap of a finger.“ 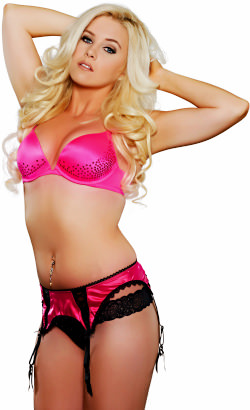 “Does that happen to most people who come to see you?”

He smiled. “You see, Derek, that’s what really excites me. More than 3,000 people have come to see me since I opened my practice, and guess what, every one of them showed this behavior. Every single one of them… with no exceptions.“

“Now here’s an idea,” I said. “Try doing everything inside one single session. For example, put her into trance, pull her out again, then put her back into trance. Do it quickly, say, within a couple of minutes. What you think?”

Dr Fairweather grinned knowingly. “Derek Rake, if you’re able to do that, you would have found the  holy grail of covert seduction .”

“Dating”, as we all know it, is tiresome and excruciating. If you’re like me, then you’ll feel that attracting women is unnecessarily drawn out, and not to mention expensive.

The solution to that problem is Fractionation. Unlike traditional dating which takes days or weeks (if you’re extremely lucky) or months or years (usually the norm), with Fractionation, you can short-circuit a woman’s brain and make her fall in love with you in literally minutes on the hour.

With the Fractionation technique, you can short-circuit a woman’s brain and make her fall in love with you in literally minutes on the hour

Nevertheless, before we dive into a deeper understanding of this technique, there’s this one pitfall that I want you to avoid. You should not see it as merely a “trick” or “technique”, or you’ll be doing yourself a great disservice….

Instead, you should look at Fractionation as a concept or principle. Once you understand this, you will start seeing this phenomenon literally everywhere you look.

How To Use Fractionation In Seduction

If you’re familiar with the seduction and pickup scene, you should already know what Fractionation entails. If you’re not, then here’s a useful definition:-

You should realize that what I have described to you above is essentially a special case of the technique when used in attracting women. More broadly, Fractionation is a process in hypnosis where you bring your target in and out of the state of trance in order to deepen the experience of getting hypnotized into trance over time.

Here, over time can mean anything from minutes to hours, or even weeks. That’s not important. You can take it slow, or you can go as fast as you can. It’s completely up to you.

When using Fractionation to seduce women, you can go as slow, or as fast as you want

If you’ve worked at a sales gig before, then you should have already encountered the Fractionation effect. When the prospective client meets you for the first time, he is usually skeptical and may be somewhat cold to you. He listens  defensively, or may be acknowledging your points politely without agreeing with you outright. He seems distant and somewhat detached.

This lack of rapport may drag on got the first two to three meetings. However, on one of the subsequent meetings he would suddenly start to warm up to you, and be more receptive to what you’ve got to sell him. This is when the Fractionation effect kicks in.

Here’s another example. When you’re reading a story book or watching a Hollywood movie, it’s easy to get completely engrossed into the story line.

Why is this so? The answer is that each chapter of the book, or each scene in the movie is written or acted in such a way that it puts you into a short trance, and then pull you out from the trance, and then back into trance again. You should know that all successful authors, scriptwriters and movie directors are masters at using Fractionation to put their audiences into trance.

Warning! It As Amoral As It Gets

Fractionation is often seen as “amoral” because of its usage in extreme persuasion and Mind Control. However, the reality is that this technique is neither good nor bad. Just like a knife or a gun, it can be used either as the means for self defense or a weapon to hurt other people. But if you want to know how to win a woman over quickly, then this is the best technique to achieve that, bar none.

BEFORE YOU USE FRACTIONATION...
Before you use Fractionation on a woman you want to seduce, I want you to understand that it’s impossible to undo the effect that it has on your target. Unlike traditional hypnosis, you can’t “snap” your finger and get a woman out of trance.

What this means is that once you get a woman under your control using Fractionation, you can’t just “disavow” her so that she stops bugging you.  She may well turn into a (violent!) stalker – especially if she’s emotionally unstable . At the very least, you would have damaged her emotional well-being somewhat.

Therefore, if you have bad intentions or if you want to use this technique to hurt women, understand that you will most likely cause irreparable damage on their psyche. If this is the case, I want you to stop reading at this point and leave this website. I explicitly forbid you from using my work to cause harm on women.

Before you continue, watch this short video (prepared by Fredo Hill, a long-standing devotee of the Shogun Method) on how Mind Control techniques such as Fractionation can be used to manipulate women (in a positive way, and not to hurt them):

Examples Sample Scripts You Can Use Today

With all the niceties out of the way, let’s get you started! Here are some sample Fractionation hypnosis scripts which you can use:-

In its simplest form, you can even get a woman to Fractionate using a single sentence! Here’s the structure to follow: you express your approval over your target’s (real or made up) negative quality.

Below are some examples:-

“I am fascinated by your bad manners.”

“I am charmed by your lack of common sense.”

“I am mesmerized by your severe lack of tact.”

“I am enthralled by your mind-numbingly boring stories.”

“I like you despite your lack of compassion for other human beings.”

You can also flip the structure around to express your disapproval over her positive qualities.

“I am grossed out by your good manners.”

“I am intimidated by your cunning intellect.”

“I am overwhelmed by your ability to hold your drink.”

“I am disgusted at your boundless imagination and sense of adventure.”

“I am repulsed by your ability to whip up a mean Caesar’s Salad.”

Note that the statement does not have to make sense (or even true) as long as it’s delivered in a light-hearted way.

There are more examples of such scripts inside the Shogun Method, but for now they should be enough to get you started.

As you have already seen, much of your success when you try to get a woman to Fractionate depends on your storytelling skills. Admittedly, storytelling is a hard skill to master, and if you’re just getting your feet wet, I recommend what I call the “Timeline Fractionation”.

Instead of telling a canned story or routine, you can ask her questions that shifts her focus from the present to the future and back to the present again.

Fractionation remains one of the best known examples of using hypnosis and Mind Control to seduce women. The October Man Sequence, first introduced to the outside world by Neil Strauss in his seminal New York Times bestseller “The Game”, is developed using a variation of this technique called Symbol Fractionation.

But that’s not all…

The Intrigue-Rapport-Attract method inside Shogun Method gives a concise road map to the prospective seducer to chart out his game plan, giving him a clear strategy to seduce any woman that he wants. It’s that powerful!

For more sample Fractionation scripts as well as the most complete collection on Mind Control-based seduction techniques (dubbed as Shogun Sequences) as well as the legendary Black Rose Sequence, click on this button below:-

(You will need to enter your primary email because the link to the presentation is emailed to you directly to prevent abuse.)

As a final disclaimer: we cannot take responsibility on the actions that you choose to take from attaining this knowledge. The risk of someone going crazy with this information to hurt women psychologically is very real. We therefore disavow anyone who abuses this knowledge to cause harm on women. Thank you for understanding.

DO YOU WANT UNLIMITED POWER AND CONTROL OVER WOMEN?

"Yes, I want power and dominance over any woman I lay my eyes on."

"No, I'll stick to getting pussywhipped by women, thank you."

You'll receive an exclusive invite to Derek Rake's  online Masterclass where he will show you how to easily dominate any woman you want using rare, never-before-seen Mind Control strategies

Your email address is safe and protected by PrivacyProtect™

"A real innovation in the stale field of dating advice... Pickup Artists, eat your heart out"

My name is Cal, and I am a professional dating coach, specializing in using Mind Control to seduce women. I am one of the founders of the DeepPsyche™ deep seduction method, and am one of its patent holders.

HOW TO ENSLAVE A WOMAN

WARNING: DO NOT USE THIS TO HARM WOMEN.

Enter your email address below only if you agree

Your details are safe with us and guaranteed by PrivacyProtect™